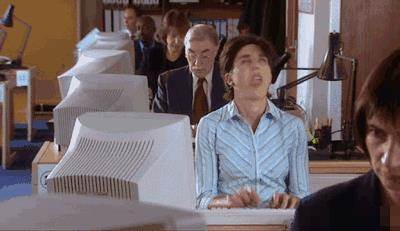 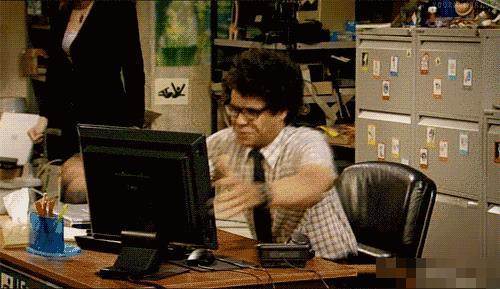 The little brother I want to talk to today, like most office workers living in the city, is under too much pressure, thinking about going out to camp by himself to relax…

It’s the kind of eating and traveling alone that is very popular in island countries now. You can do whatever you want, and you can steal half the time!

This little brother usually doesn’t like socializing very much. In addition to going to work, he likes to go out on a motorcycle by himself, and then occasionally swipe on Twitter (actually, he is an otaku). 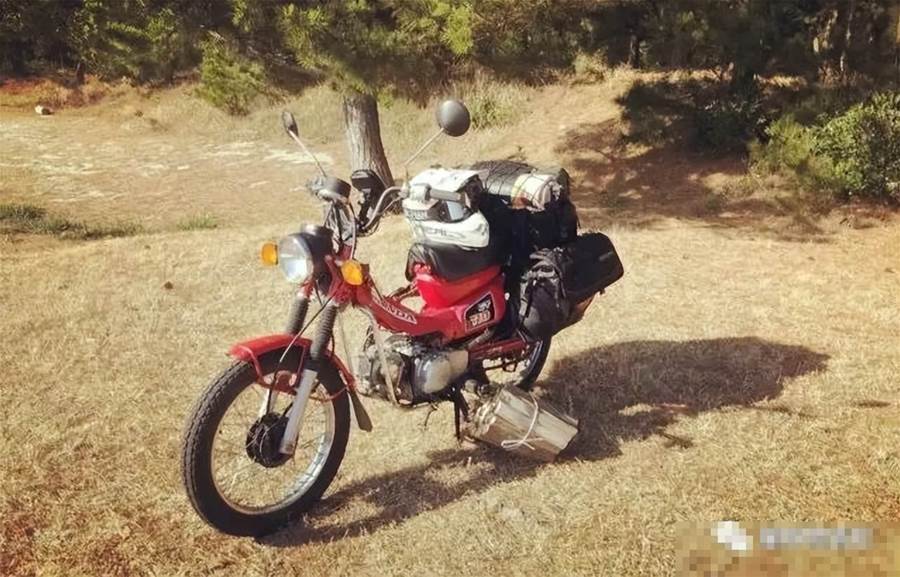 But I didn’t expect that when he went out to wave recently, something went wrong, and he was turned over by the enthusiastic cat people in the camping location, and not just one, but a group! ! 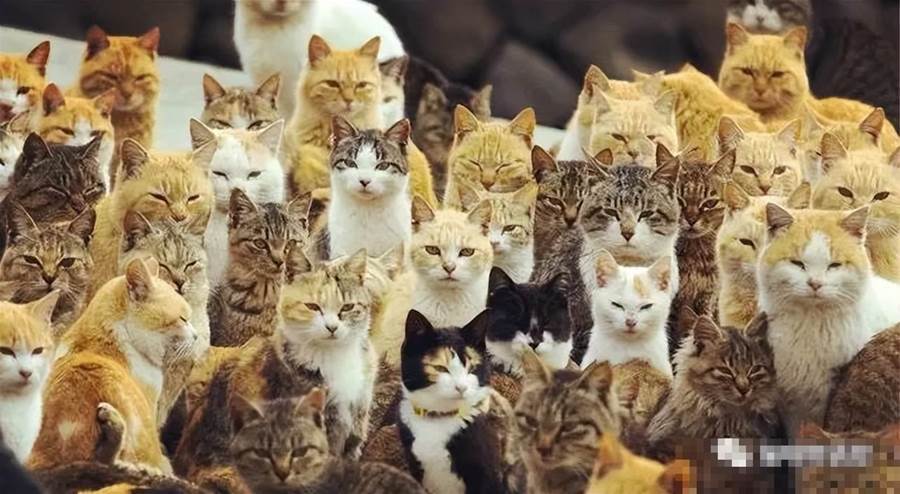 In other words, this day, as usual, my little brother came to the planned campsite alone, set up the tent, prepared dinner, and everything was the same as any usual camping. 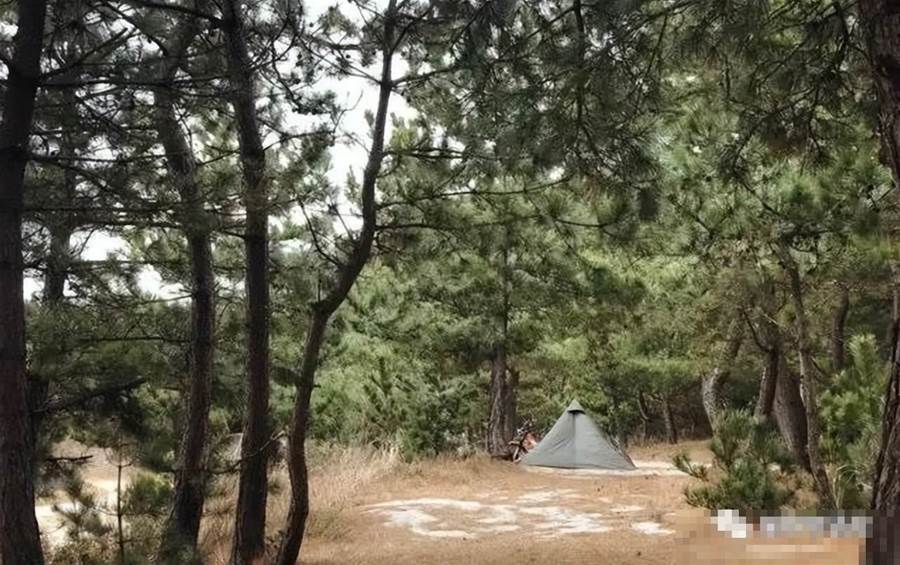 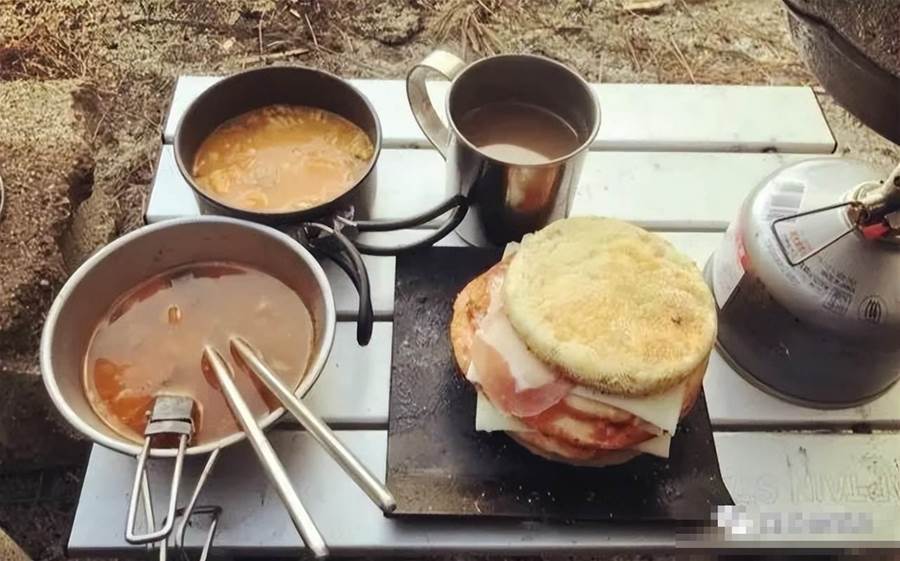 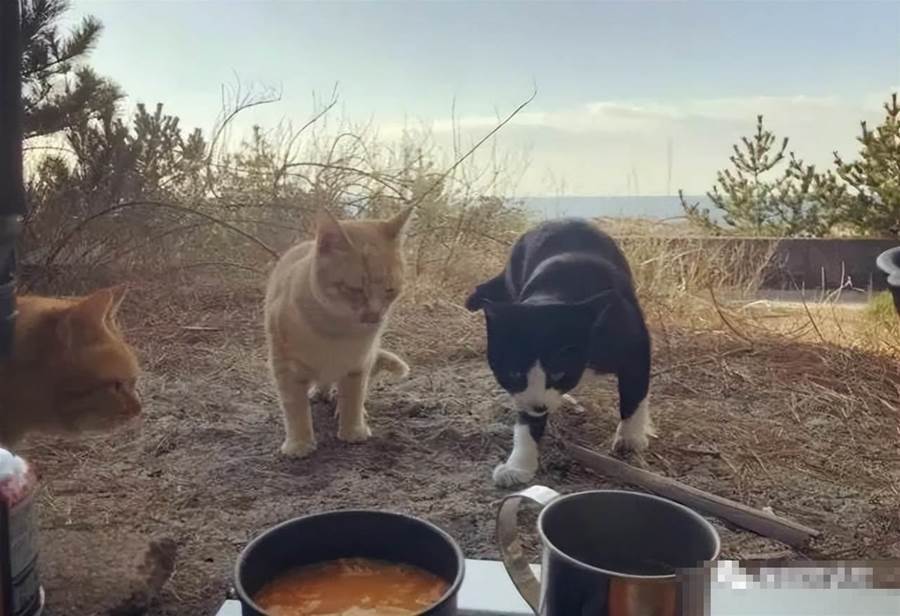 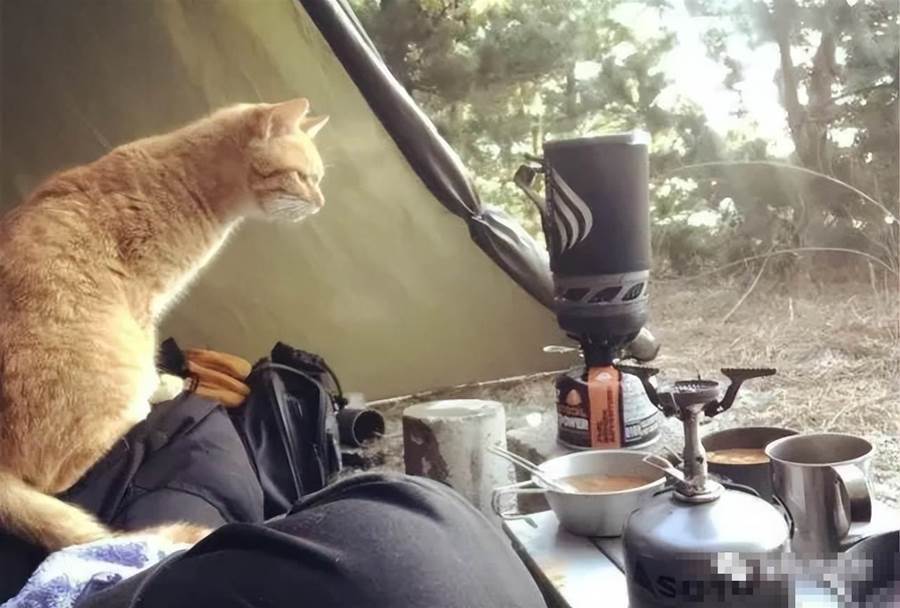 Until the little brother obediently handed over a ham, these cats are willing to give up. The little brother thought that after paying the protection fee, he could comfortably start a good life of camping alone. 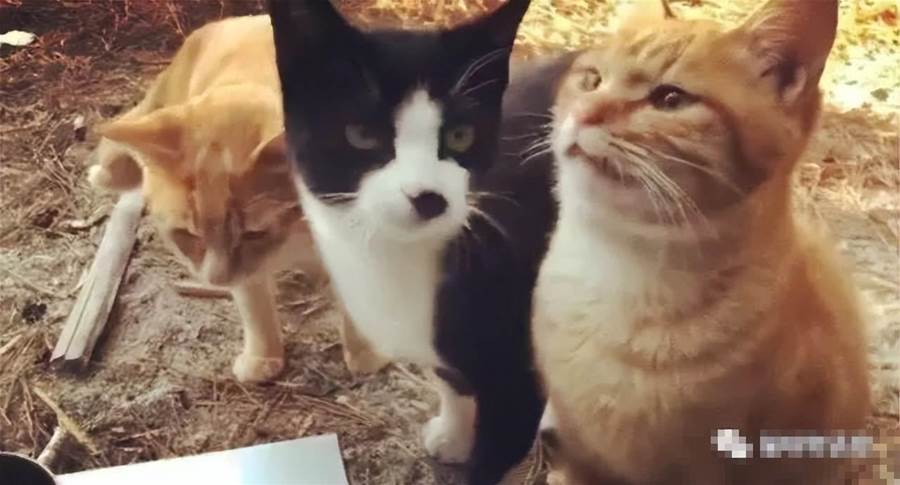 Unexpectedly, this group of hungry men will come to him again at night. And this time, what the cat stared at was not the food, but the bonfire ordered by the little brother. 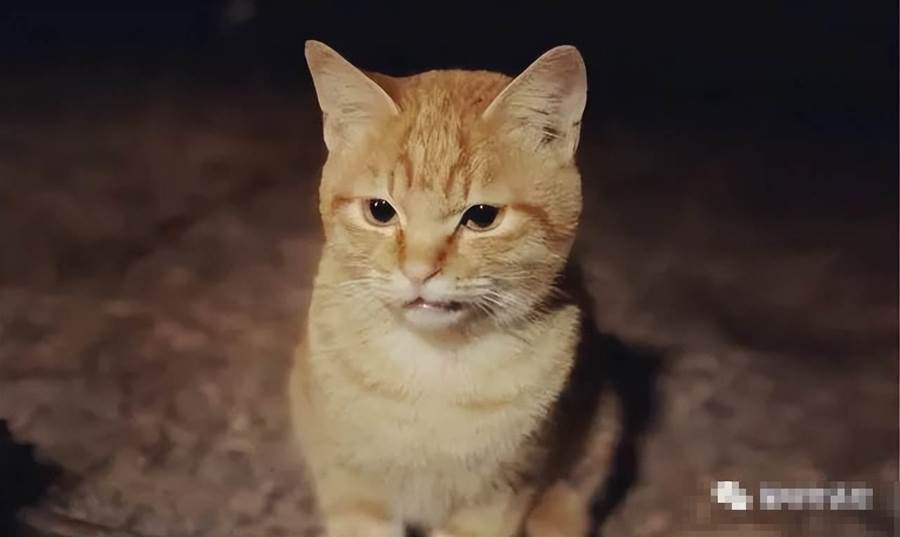 During this period, some bosses even took the time to fight with the zipper on the trousers of the younger brother… 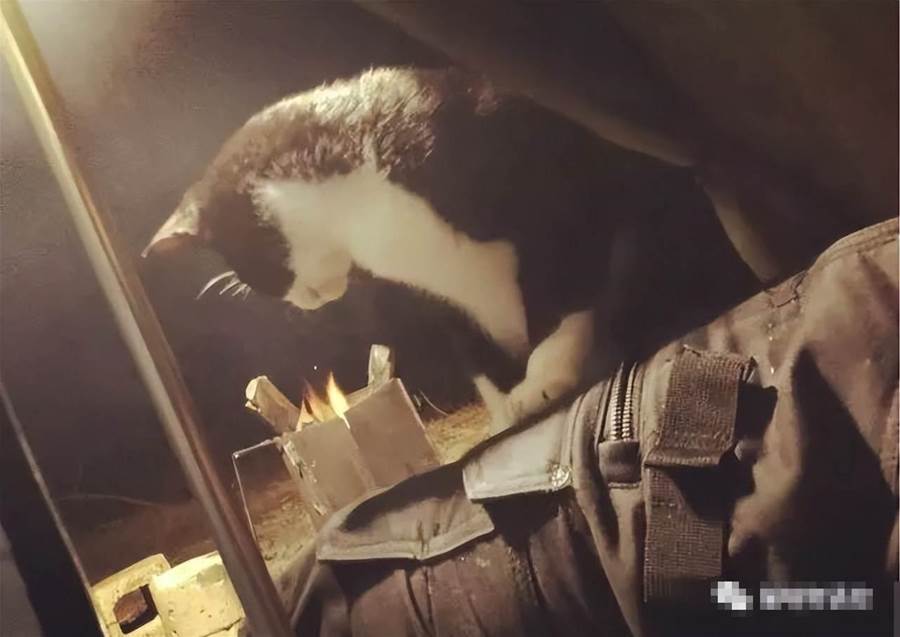 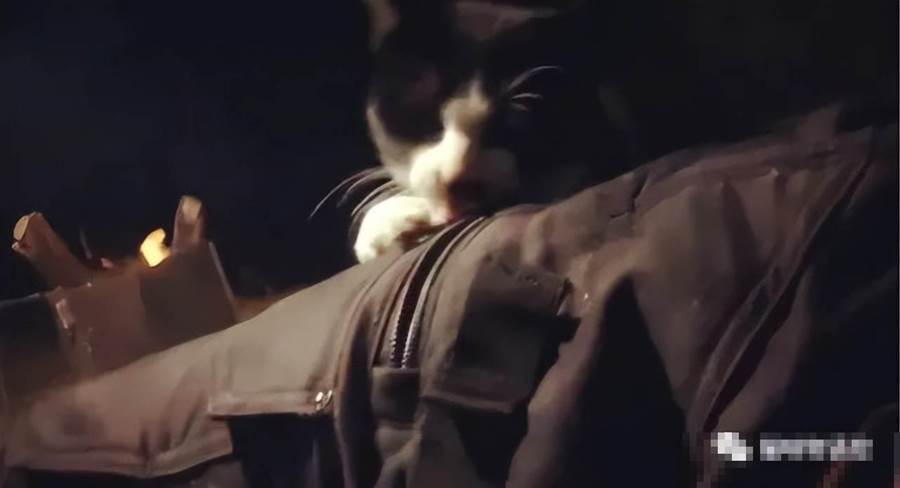 My little brother couldn’t hold back even when he was boiling, his eyelids were drooping to his nostrils. I thought I could lie down and sleep when the time came. After the bonfire was put out, these big guys would let themselves go. Breaking into the tent, a meow~ 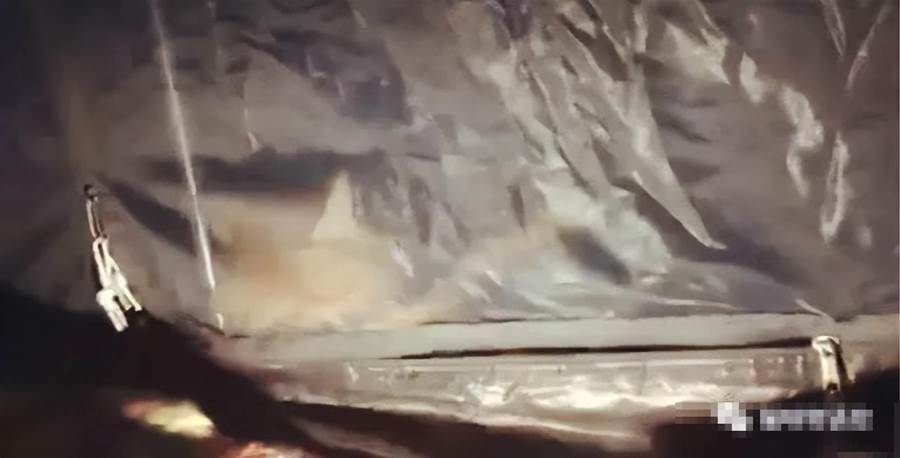 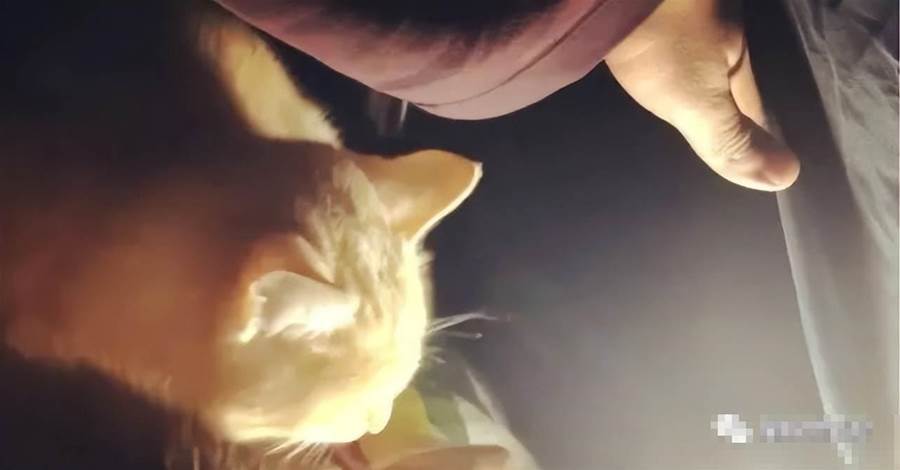 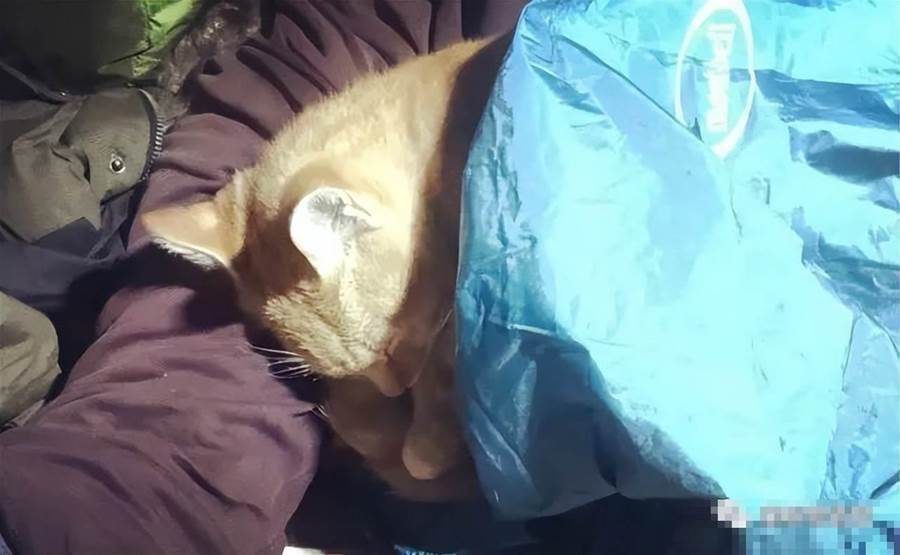 The little brother’s heart is called a collapse. He promised to travel alone, inexplicably turned into a carnival of the cat people, and the little brother was helpless, and a “fuck” rolled back and forth in his heart!

However, although these big guys behave a little arrogantly, they are not completely unreasonable. In addition to giving the little brother free sex, there is also a “reciprocal exchange”.

After a night of “passion”, the next morning, when my brother got up to cook, he saw a pile of pine balls next to the firewood he had prepared. 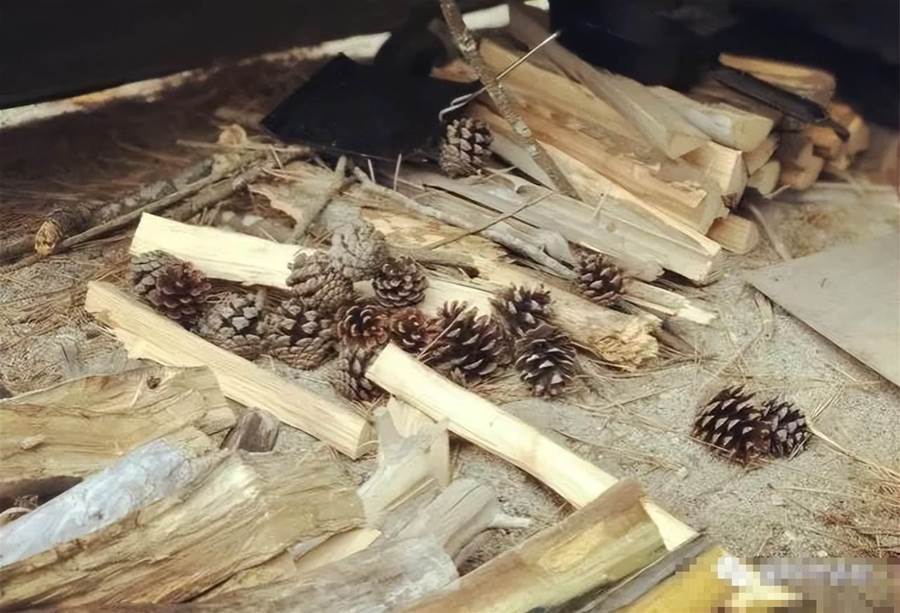 Looking back, hey, there are still big guys who are throwing the ball and rewarding (

yes, this is a good fire effect, you try it. I will give you a holiday during the day, we will come back at night) 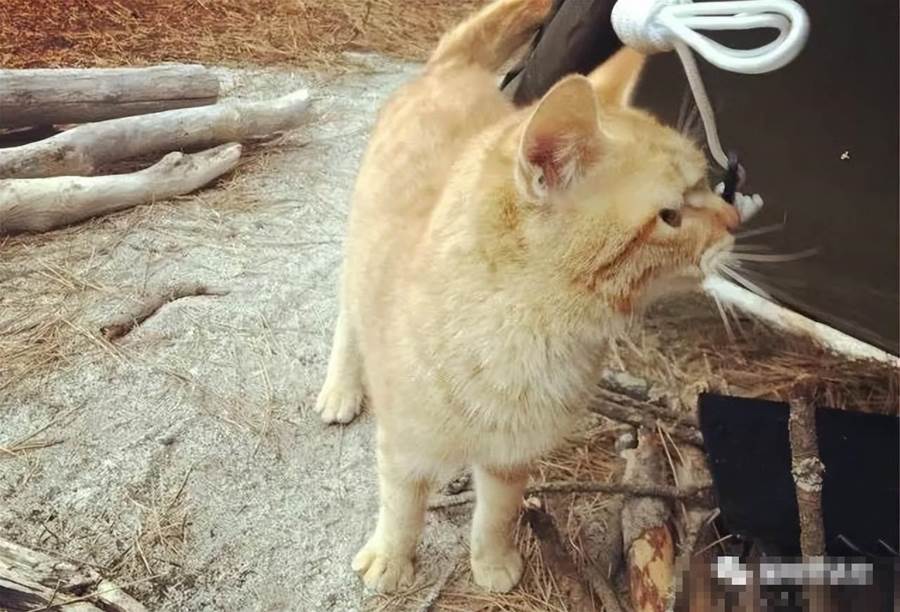 Huh, the big guy is the big guy, and his words count. In the evening, the big guys arrived as scheduled and began to squat by the little brother’s bonfire to freshen up. 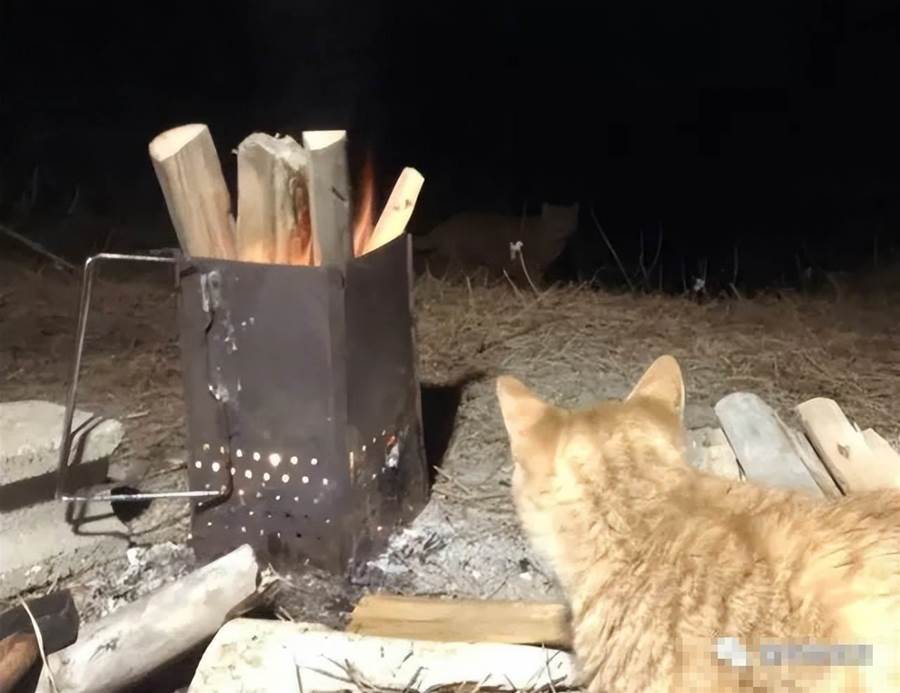 Occasionally, I will check whether the vegetables in the pot are cooked or not. After the rice is ready, I will grab it when I come up… 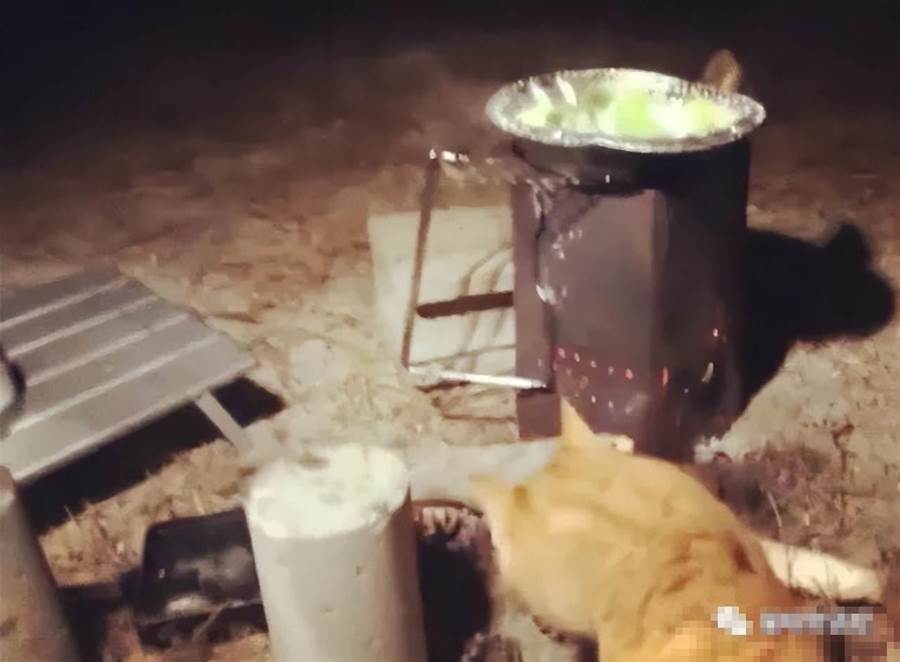 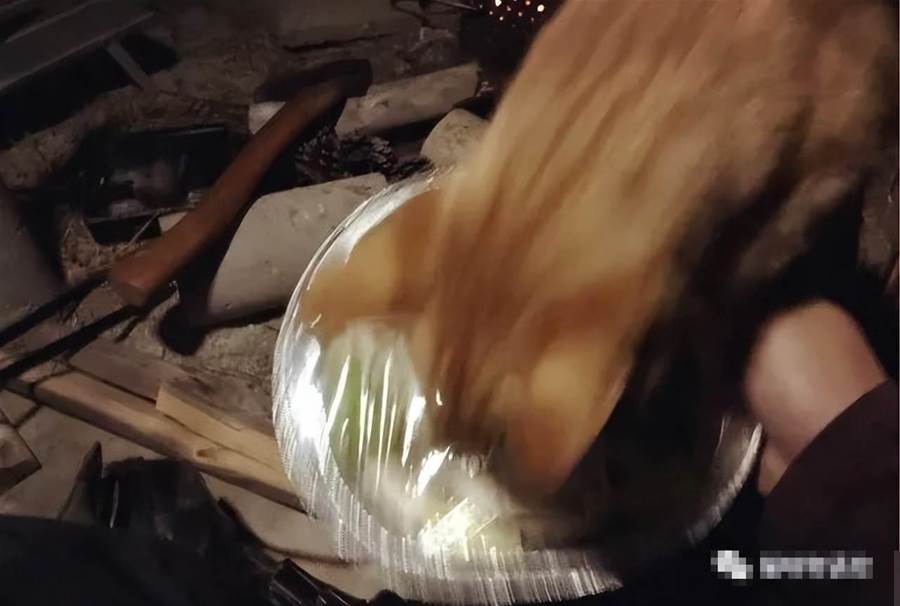 If the firepower becomes smaller, this guy will get up and grab a pine ball and hand it to the little brother, as if reminding him that it is time to add firewood, I feel a little cold. 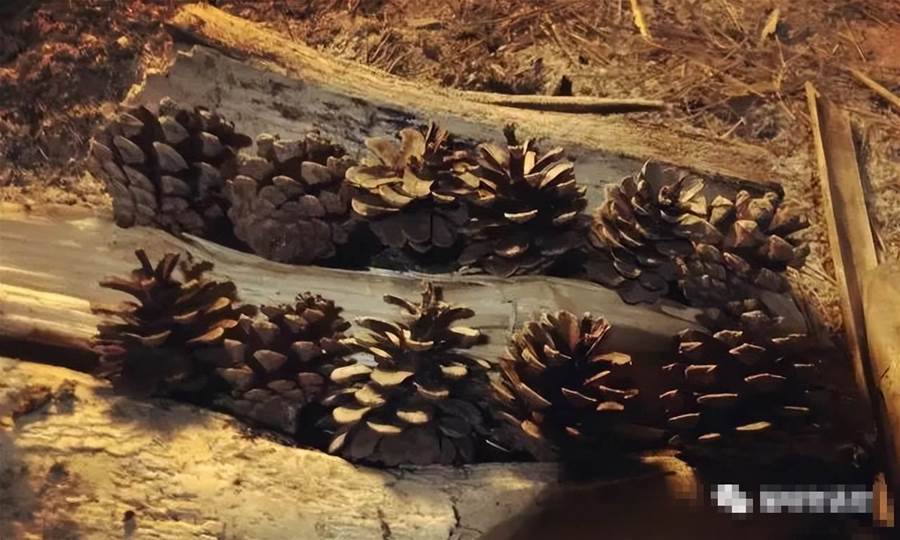 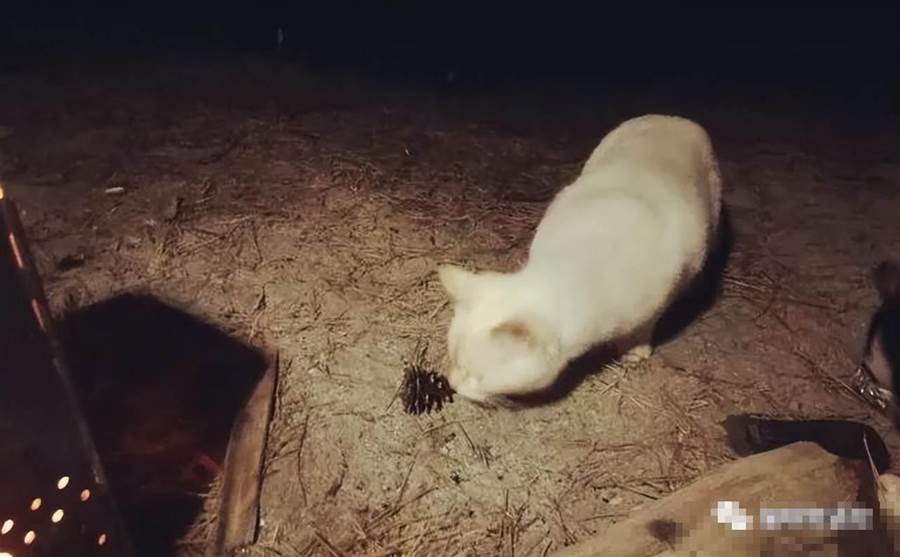 After taking it, go back to your own position, wait for the fire to become more vigorous, and continue to take a nap or something! 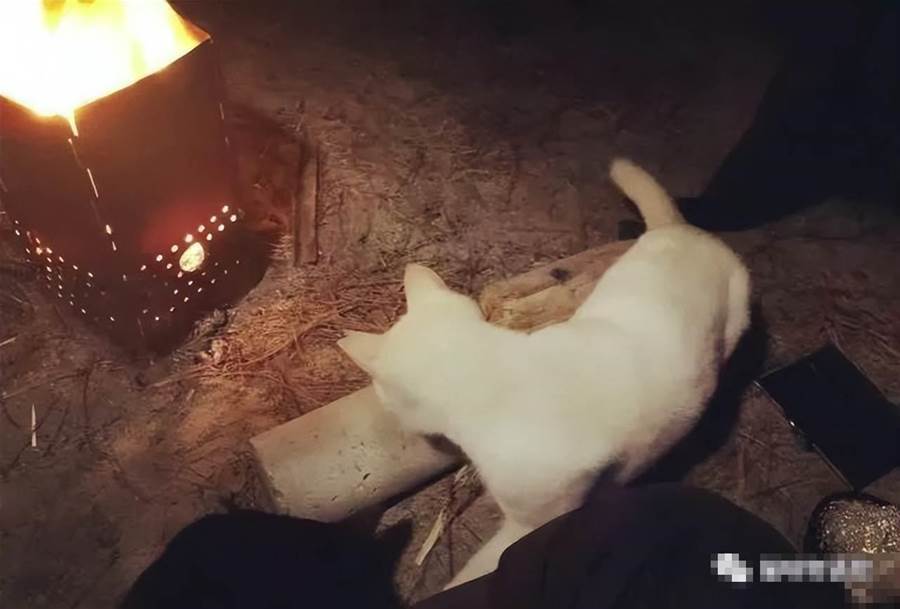 And big brothers like black cats just lie on the lap of the little brother and enjoy their cat life quietly.

The little brother is also a man of interest. Seeing that these cats have taken the initiative to do this, he had no choice but to welcome these big guys into the tent like last night, and then embraced each other to sleep. 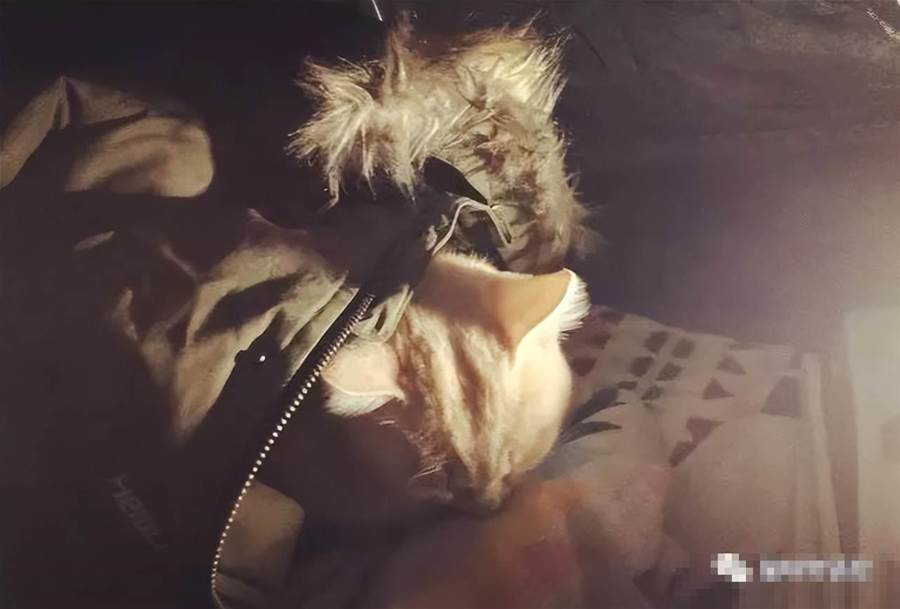 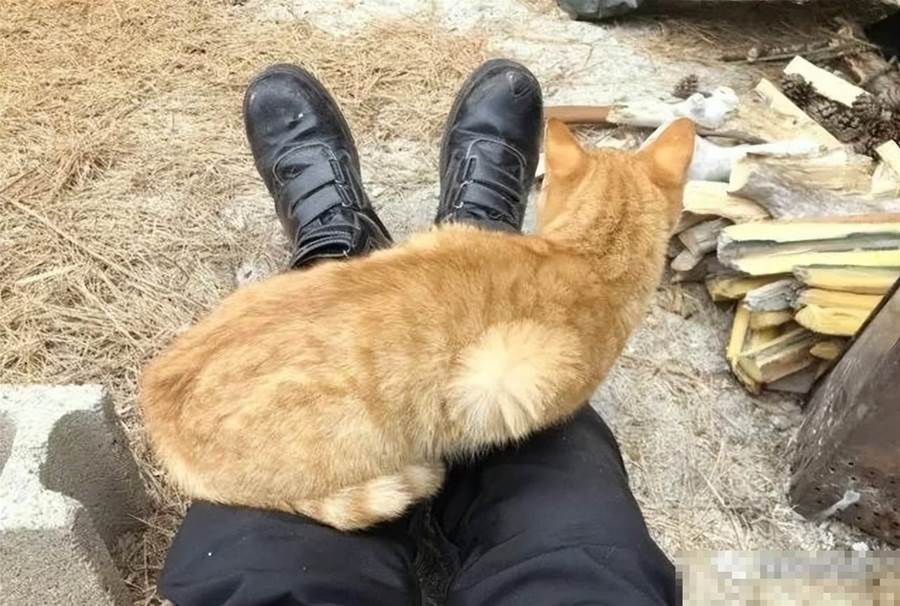 After two consecutive nights of in-depth acquaintance, in the early morning of the third day, the little brother was still ruthless. According to the original plan, he put on his pants, patted his butt and slipped away.

And these big guys have to wait quietly for the next “little brother” to visit.

Recalling this special experience, the little brother has a very complicated mood. He agreed to stay away from people and walk alone. In the end, he cooked, lived, and slept with the cat for two nights. When I think about it, I feel very angry…

The adopted stray cat bites as soon as he touches his stomach. After a while, the man understands: it turns out to be pregnant